QUT researchers and Australian biotech company HFPA are hoping to turn a native Australian plant into a major new antibiotic after discovering the plant possesses antibacterial activity equivalent to some antibiotics currently used to treat Golden Staph infections. Key points: · A QUT and HFPA team led by Dr Trudi Collet have discovered an Aussie plant with the same antibacterial healing power as Golden Staph antibiotics. · The researchers are now working on making an ingestible antibiotic from the plant. · Clinical trials are expected within a year. · This same research team discovered another Australian plant that can kill the Zika virus. The Brisbane-based research team is conducting pre-clinical testing and plans to go to clinical trials within 12 months. Research leader Dr Trudi Collet from QUT’s Indigenous Medicines Group said they had identified the compound within the plant – known as species 8472 – responsible for its antibacterial activity. This compound has been found to be as efficient against Methicillin-resistant Staphylococcus aureus (also known as Golden Staph) as the current standard antibiotic treatments. “We initially hoped to develop a topical application but given its broad-spectrum antimicrobial properties we are now working towards an ingestible antibiotic,” Dr Collet said. “We are starting pre-clinical testing on absorption, distribution, metabolism and excretion that will give us the data needed to progress to clinical trials.” Dr Collet’s group is working with Australian biotech company Health Focus Products Australia Pty Ltd (HFPA) and has applied for further Australian Government funding to advance the project. Dr Collet said the relatively common Australian plant was not currently used for medicinal purposes and had potential. “Our tests found that crude extracts from species 8472 are also effective against bacteria such as Streptococcus pyogenes, Staphylococcus epidermidis, Pseudomonas aeruginosa, Bacillus cereus, Vancomycin-resistant enterococci, Proteus spp., Acinetobacter baumannii and E.coli which can cause serious infection and delay healing.” HFPA and the Commonwealth Government Innovation Connections scheme have provided $1 million funding for the native plant project, which is also investigating potential new treatments for diseases such as Zika, Alzheimer’s and Parkinson’s. Dr Collet, who is a member of QUT’s Institute of Health and Biomedical Innovation, has had a longtime interest in complementary herbal medicine and the wound healing potential of Australian native plants. She said the investigation of medicinal plants for their wound healing potential was an “emergent and rapidly expanding field”. “Australia has an amazing diversity of flora with potential to be a ‘medicine cabinet’ for the world,” Dr Collet said. Herbal remedies have been used for millennia across a multitude of cultures for the treatment of various infections and diseases. “Numerous studies have demonstrated that several Australian plant species used for medicinal purposes produce biologically active extracts and compounds. Hence, traditional herbal plants may provide avenues for promoting the wound healing process and improving patient outcomes with an associated reduction in associated treatment cost. “A scientific approach that examines the pharmacological efficacy of natural medicines reported to have an effect on infection and wound healing is necessary to validate traditional accounts.” HFPA chairman and founder Dr Mark Baldock said his company was helping fund the research out of a strong belief that the benefits of medicinal plants could be translated to products that would benefit the wider community. QUT and HFPA recently announced the discovery of a group of naturally occurring compounds that effectively kill the Zika virus. Media contacts: - Dr Trudi Collet, 07 3138 1900, 0439 700 759 or t.collet@qut.edu.au - Brendan Butcher, HFPA Director of Research and Development, brendan.butcher@hfpa.com.au or 0433 530 622 - Mechelle McMahon, QUT Media, media@qut.edu.au - (after hours) Rose Trapnell, QUT Media team leader, media@qut.edu.au or 0407 585 901 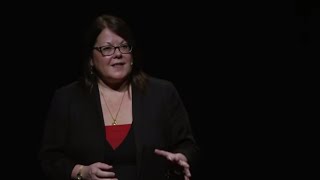 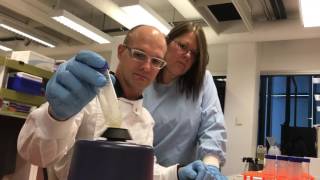